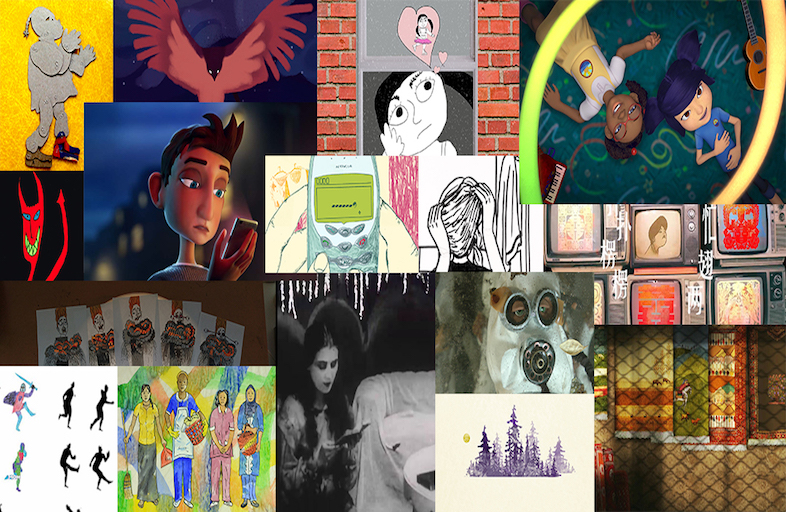 A Global Cavalcade of Animated Shorts #DirectedbyWomen screening is FREE, open to the public and will be held at The Indiana University Libraries Screening Room—a beautiful, intimate venue with great projection and sound.

Thanks to every woman director who offered her animated short for consideration. It was an honor to receive your work.

The screening is free but seating is limited. Please visit the IULMIA Screening Room event calendar to reserve your seat: https://iub.libcal.com/event/4292096

The Screening Room temperature tends to run cool, so please remember to bring a jacket or sweater.

No food or drink is permitted in the Screening Room.